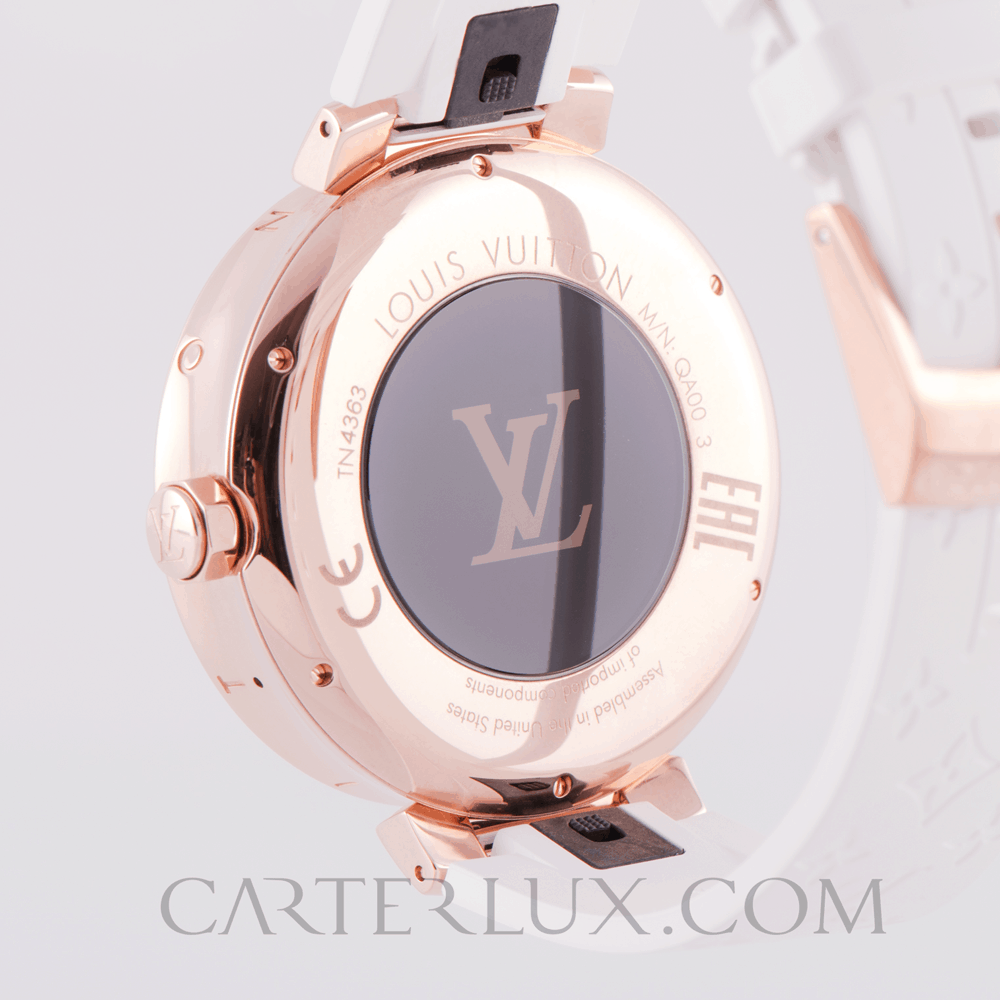 If you’re one of the traditional watchmaking diehards who hoped smartwatches would go the way of the Tamagotchi (wildly popular and obsessed over before falling into obscurity), we regret to inform you that that’s not happening. And the just-released Louis Vuitton Tambour Horizon is the latest reason why the onetime-novelty product from tech-based brands (see: Apple Watch, Samsung Galaxy Gear) is not going anywhere. In fact, it’s only getting better.

To wit, Vuitton’s first-ever smartwatch sells itself as a tech-enhanced timepiece packaged as a luxury product. While the smartwatch itself and the tech guts (Google Android Wear operating system, Qualcomm Snapdragon Wear 2100 processing platform, AMOLED touch screen) that power it come from outside the French luxury brand’s normal ateliers, the rest of the watch and its accompanying parts are pure L.V. The 42mm case has a silhouette reminiscent of the house’s recently-released Tambour Moon watch and comes rendered in polished stainless steel with a black PVD finish (brushed and polished finishes are also available). The most impactful detail is the watch’s strap, which is…well whatever you want it to be. In the spirit of luxury DIY, the Tambour Horizon boasts a patented system that allows for easy (let it be said very, very easy IRL) swapping of straps. Want to get in on the logo-heavy trend with a Monogram canvas strap? Done. Is Damier Graphite more your speed? It’s yours in a couple of snaps. While the watch comes with one default band, the brand is offering a wide array of straps—as many as 30—that cover any taste and budget, from workout-ready rubber versions to colorful skins for flashier types, that also work with other Tambour models. 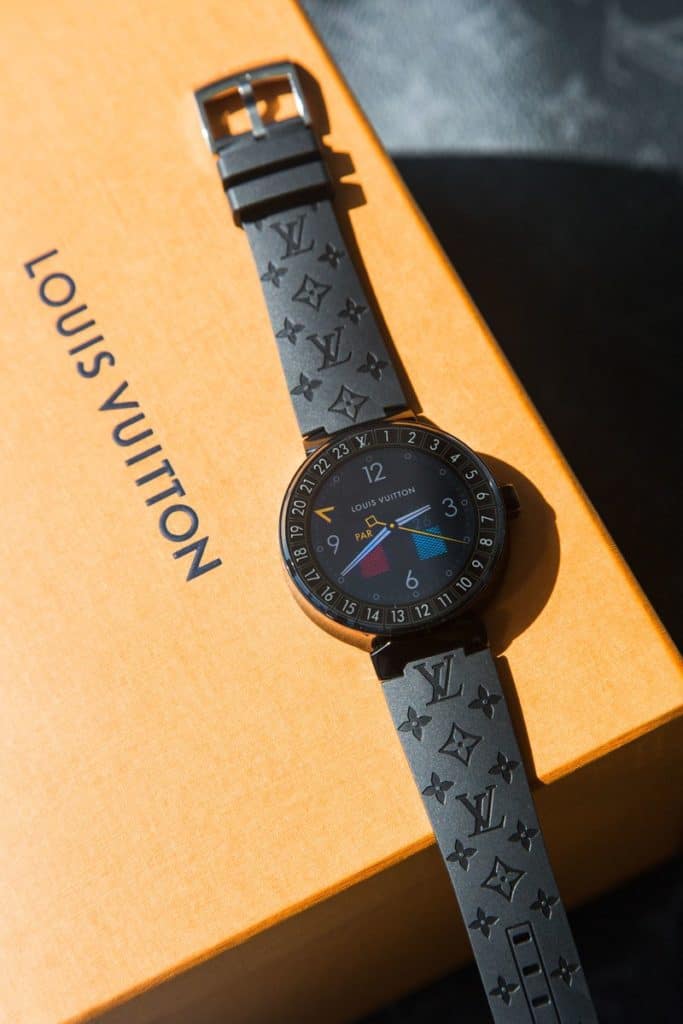 So the watch is a stunner, but what does it do? It has the smartwatch basics covered, like alerts for texts and emails, a fitness tracker, a 24-hour watch face world clock that updates as you travel, and weather notifications. For avid travelers, there’s a My Flight functionality that keeps track of flight and boarding times that will notify you via a blinking light fifteen minutes before you’re supposed to be at the gate. And for avid travelers who alsohappen to be Louis Vuitton obsessives, a City Guide dedicated application brings the brand’s insider looks from Amsterdam to Venice—and every major metropolitan city in between—to your wrist. But the real highlight for us has nothing to do with tracking steps or keeping your meetings uninterrupted and everything to do with having a handsome watch on your wrist. The Tambour Horizon offers a slew of screen options pulled directly from other Vuitton watch faces, so having this one smartwatch is like carrying around six other L.V. timepieces at once (and the screens are even customizable with stripes, your initials, and more). You can change your watch up as much as you change clothes.

What the Tambour Horizon is selling more than anything else is style—and lots of it. It may not have as many bells and whistles or be as easy to use (operating on an iPhone requires you to download two apps) as others on market today, but it stands alone in both appearance and customizability. It’s a fashion-first watch that takes advantage of Vuitton’s commitment to all things precise and excellent (watches included) and, we hope, is a harbinger of more design-first timepieces to come. 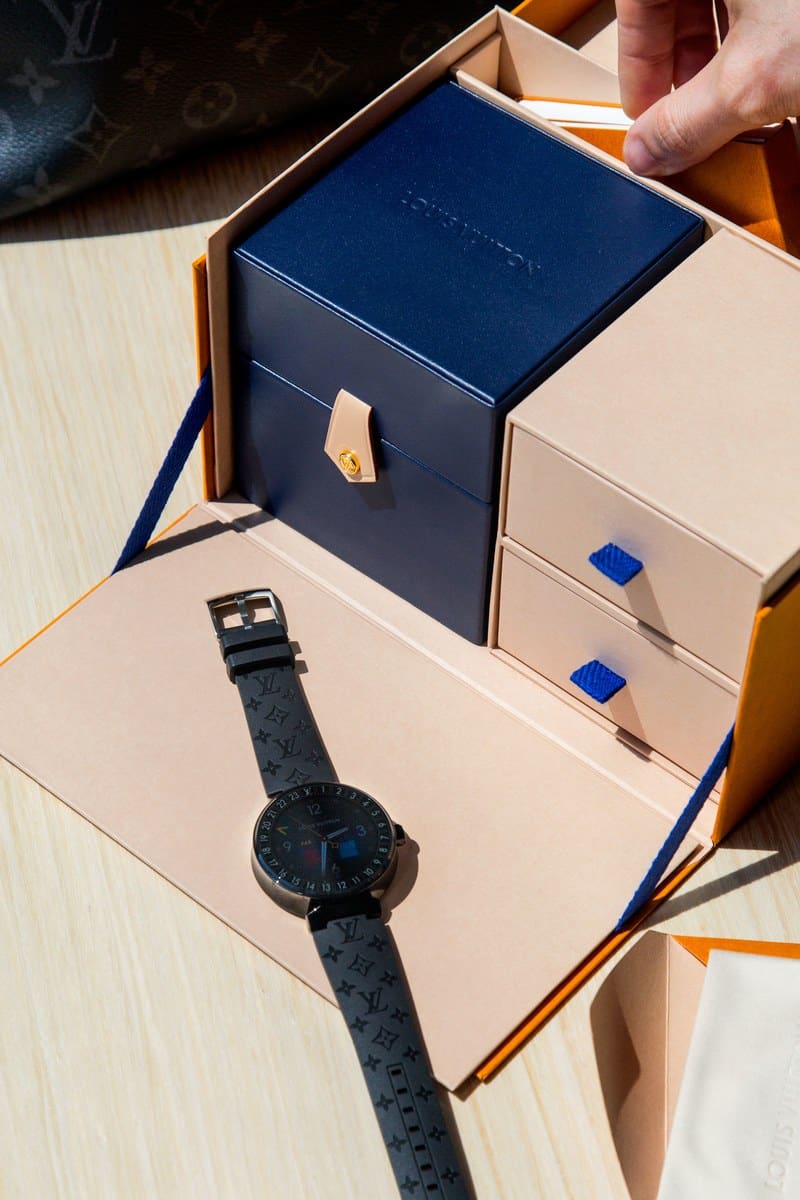 Be the first to Know about sales and new products.